On June 1, the Queens Community Board 11 received a letter from MTA New York City Transit containing the MTA’s response to the Little Neck LiNk campaign. I am elated to reveal that the Little Neck LiNk proposal, through the efforts of the Community Board, the Eastern Queens Greenway, and, most importantly, all of you who have voiced your support for the proposal and signed the change.org petition, has inspired improvements for the current Q36 bus service. The changes come in both scheduling and bus stop placement at the Little Neck LIRR station. Though the Q46 will not be extended, these improvements mark a victory in having the MTA respond to community needs, especially in the wake of their Bus Plan.

Little Neck LiNk originally calls for a reversal of the Little Neck Terminal, so the bus turns on 40 Avenue as opposed to 41 Avenue. Bus stops were to be moved across the street to accommodate the new LiNk route, and the bus would terminate on 40 Avenue immediately after turning. The MTA states that it will grant the change of terminal direction and, in the spirit of bus stop balancing, combine the 40 and 41 Avenue bus stops into one stop. According to the letter from MTA Government and Community Relations, “We also plan to return several parking spots to the community by consolidating the existing bus stops on 41st Avenue and 40th Avenue into one location on the east curb of Little Neck Parkway south of 40th Avenue.” This bus stop would be located on the same side of the street as the LIRR Station, a path that no longer requires crossing Little Neck Parkway, increasing the safety of commuters considerably. The path would also make backed-up traffic on Little Neck Parkway blocking a turn onto 40th Avenue a non-issue.

The MTA has also committed to prioritizing the LIRR-Q36 connection in schedule revisions for the Q36 Little Neck branch. Exact details have not been fleshed out yet, but the information provided in the letter clues in to two breakthrough changes that will make the Q36 a significantly more viable commute option: “Second, the Q36 weekday service will be adjusted to improve connections between buses and LIRR trains. For example, the first bus to Little Neck will be scheduled to connect with the first AM peak train, and the last bus from Little Neck will be scheduled to connect with the last PM peak train, even if that train is to be delayed.” This hints at two things: (1) an increase of Q36 operating hours to accommodate all LIRR peak trains, which means an approximately 5:30AM-8:30PM operating schedule, and (2) a requirement that a bus that is supposed to connect to a peak PM LIRR train must wait at the terminal stop until the train has arrived and all its passengers that need the Q36 are able to get on the bus, a practice I have dubbed “train tethering.” Given the (currently) low frequency of the Q36, the practice of “train tethering” will greatly increase the confidence commuters place on the Q36.

What We Don’t Know Yet

In a separate series of email correspondence between myself and Simone Price, the Assistant Director of Government and Community Relations, I found out that this plan will be fleshed out at the MTA June Board meeting, and that further details on implementation will be revealed to us in early July. This includes the implementation date of the proposals and the frequency of Q36 service after they are enacted (whether it be one bus per thirty minutes or one bus per LIRR train), as well as a confirmation of the improvements mentioned in the original letter. As soon as I get the details, a follow-up article will be posted on the EQGW website, along with LiNk’s next steps.

Where We Go From Here

The spirit of the original LiNk proposal was to find a way to increase service with the limitations the MTA’s current network imposed on us. This was an era before the Bus Plan, where existing routes had to be kept, connections in Jamaica had to be honored, and where reviving Q79 service as a standalone route was out of the question. Looking at the goals of both the MTA and the Bus Turnaround Coalition in reviving the struggling MTA Bus Network, the rejection of the Q46 extension is understandable; what we can do with the opportunity of the Bus Plan is far greater than what I previously assumed. As the details of LiNk’s current implementation surface from the MTA, I will be redesigning what LiNk as a bus route will look like post-Bus Plan. We, as a community, have indeed achieved a victory here, but the LiNk campaign is far from over. With this new opportunity, I will be able to factor in critique given to me regarding LiNk’s original design as well as attempts to modify the old Q79 prior to its demise to formulate a brand new Little Neck LiNk, one that can directly serve our communities in a way the limitations of the current network could not.

Thank you once again so much for your support. If you would like to view the letter from the MTA, you can do so below. You can also reach out to me with any questions at littlenecklink@gmail.com. 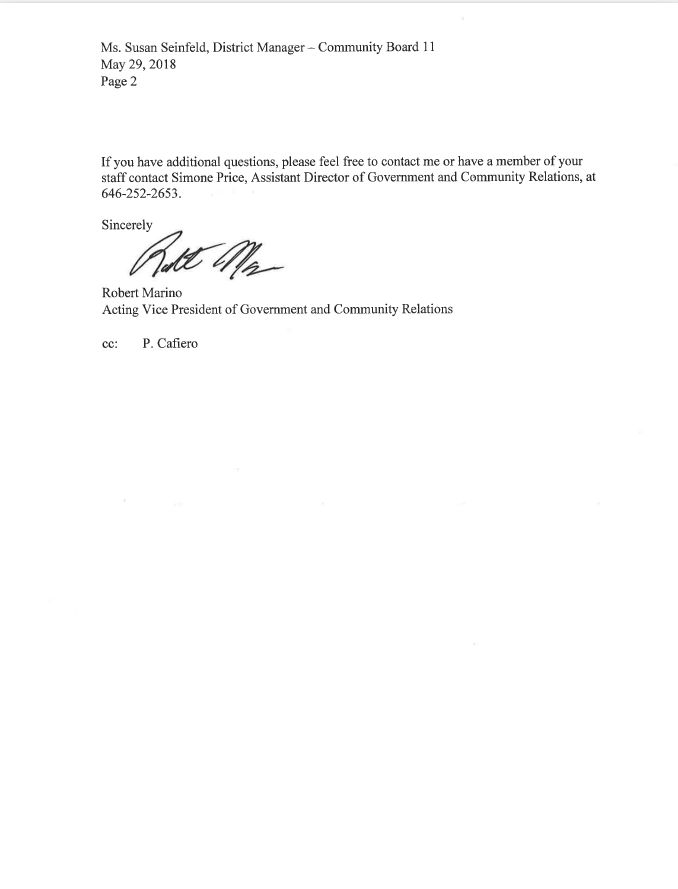