The reason we came together to form this organization is because we all believed the community should have a family-safe, continuous greenway. Over the years we’ve gathered over 1,000 signatures of local residents who agree with us, in addition to the support of our great politicians (we even called Mayor Bill de Blasio about the greenway). Our volunteers organized the Tour de Flushing, the Kissena Way Walking Tour and the Sunday morning Queens Social Rides.

The years of advocacy worked, there is $1 million dollars set aside to turn our idea into a shovel ready project. The Department of Parks and the Department of Transportation held two meetings, getting feedback from around 300 residents directly on how to upgrade the greenway and build a network of protected bike lanes around it. If you weren’t able to make the meeting, or just want to make sure your ideas are considered, you should still speak up here:

What is the Greenway?

Our greenway is trail connecting the parks of Eastern Queens, from Flushing Meadows / Corona Park, around the Botanical Gardens, through Kissena Corridor, Kissena Park, Peck Park, Cunningham Park, the Motor Parkway, along Alley Pond Park, and through Joe Micheals Mile to Fort Totten. Although the trail was designed to be part of the Brooklyn/Queens Greenway (from Coney Island to Little Bay Park) it was never fully implemented and varies widely in safety.

In the 1970s, a series of infrastructure improvements, known as the “Philadephia Master Plan,” were proposed, though never enacted. In 1988, blueprints were drawn up for The Kissena Walk, a meandering path for walkers, runners and cyclists stretching from Main Street to Kissena Boulevard. In this plan a wide main path is complemented by several smaller paths for pedestrian flow throughout the park. Building The Kissena Walk would have made our parks safer and more accessible for the people who work and travel through the neighborhood.

We’ve recently worked with a design team to construct a new map of our greenway to help show people why we need a continuous path. They’ve highlighted some of wonderful things along the route to help encourage people to use more of the parks. In speaking to park goers along the path, we’ve found that the lack of way-finding and unsafe intersections relegate people to their closest park. Hopefully seeing the route in full can help encourage us all to explore new parts of our great park system.

The Department of Parks has listened to our calls and is currently working on a $1 million plan to reach out to the community for input before creating an engineering plan (to be completed by the end of 2021). Although this is far from complete, this is a huge step forward. The goal is to turn a series of park paths built over decades (to very different design standards) to a single, safe path spanning the entire system.

At the same time, the Department of Transportation is also working to built a network of protected bike lanes to help improve access to the greenway. Having both plans designed at the same time will ensure our community has a well thought out system of transportation. 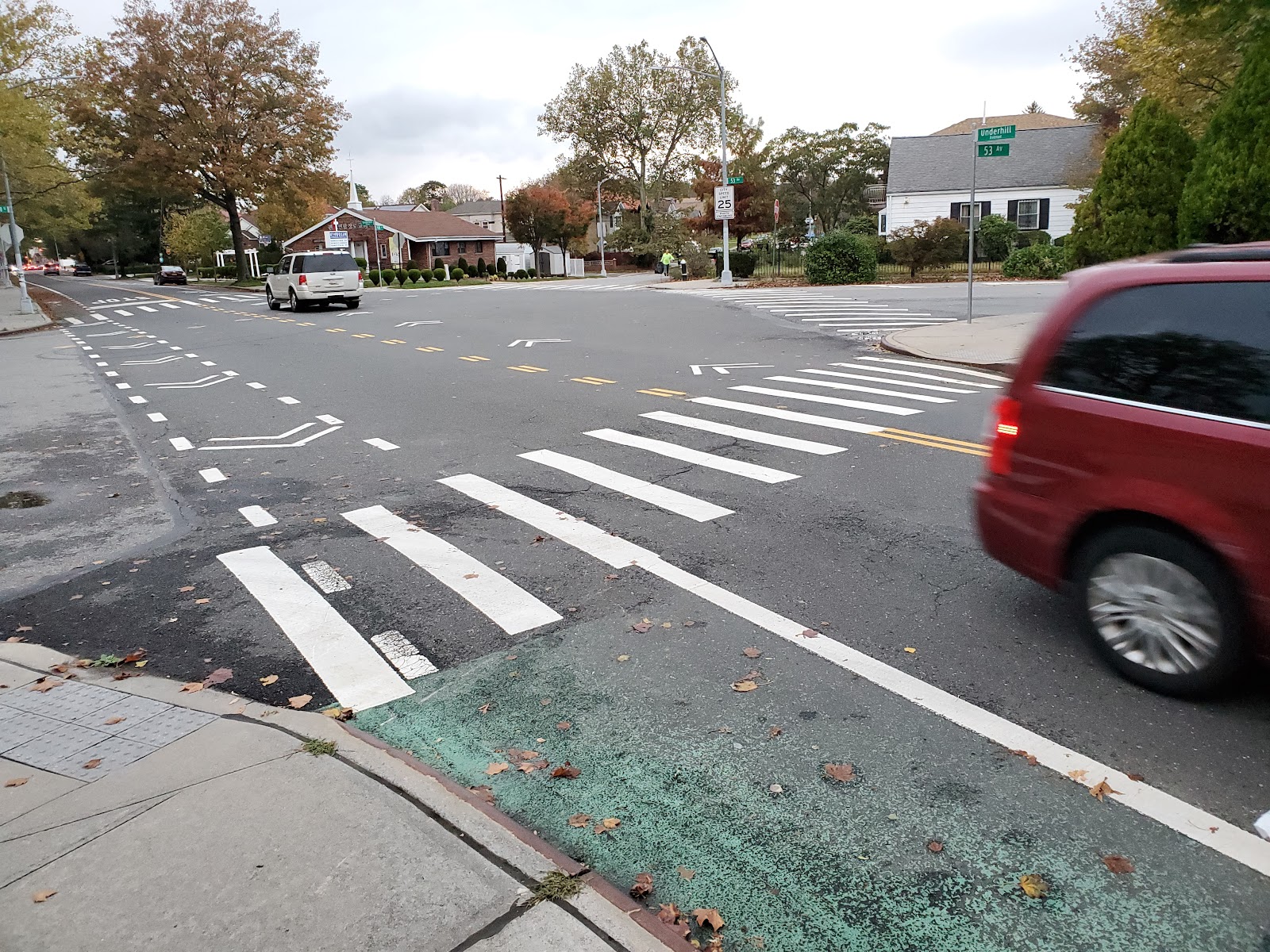 Unprotected “Greenway” at Underhill and 53rd 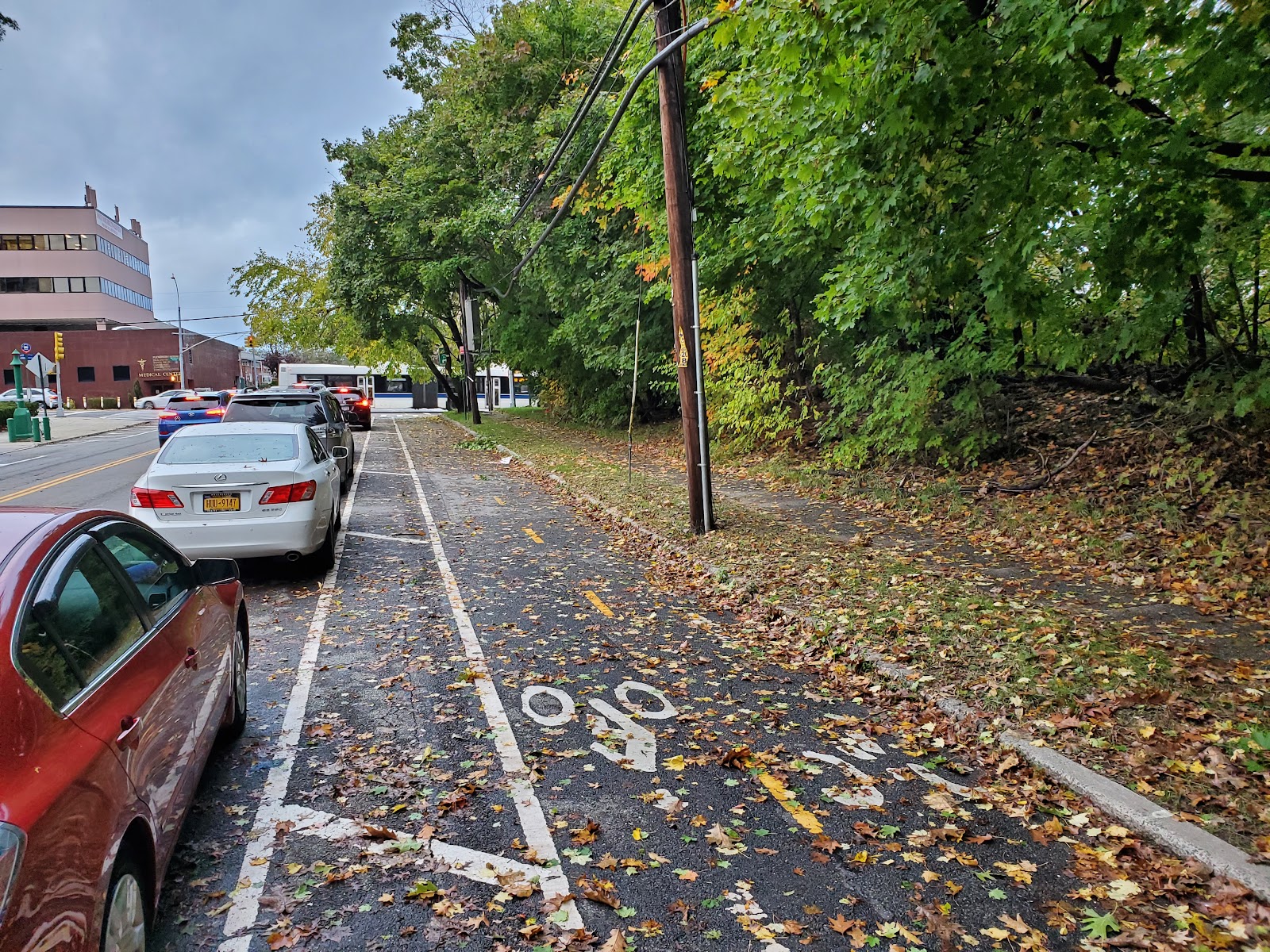 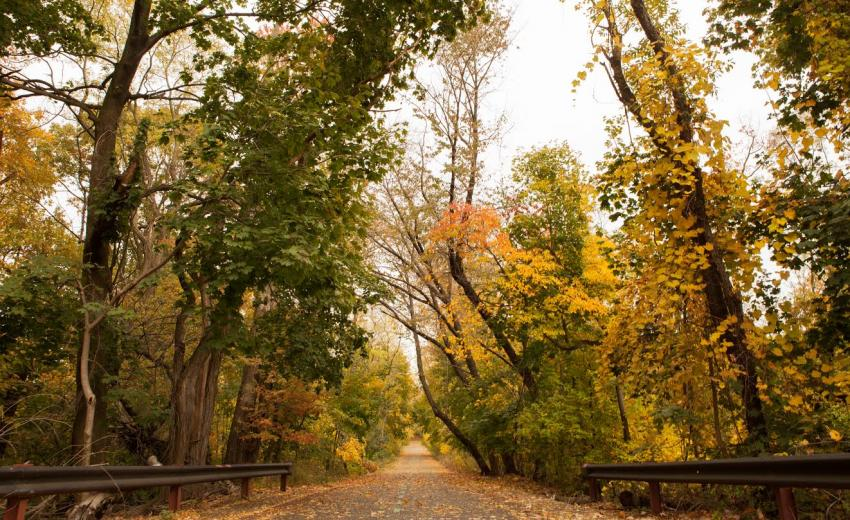 Sharing your thoughts at the Department of Parks meeting and adding your name to the petition helps make sure the final design takes into consideration your vision of the neighborhood. Our local politicians and our community boards will be influential on if the plan will be bold or watered down, so please continue to speak about how important this is and consider joining your local community board and help decide on how projects like this are implemented.

What We’re Fighting For

Our main ask is very simple, a contentious family safe greenway from Flushing Meadows to Little Bay Park. Many of the details on how that gets done will be determined by the community, engineering requirements, budgets, and many other concerns that large infrastructure projects are shaped by. At a minimum the paths need to be fully protected and the intersections need to be improved so they are safe for everyone.

Working on this activism for so long and speaking to so many people about it, we wanted to highlight some of the best ideas we’ve heard about how to implement the greenway:

We feel strongly that the greenway is for all users, irrelevant of the method of transportation. As much as possible, we should have one path shared by everyone respectfully. Since our sidewalk network is already strong (although could be stronger) many of the requests we hear are for cycling infrastructure, which are quite poor in Eastern Queens. Here are the comments we hear requested most often.

These things and many more are what you can express to the Department of Parks meeting and at your local community board. Together we can make a real difference to the quality of life in our neighborhood, in addition to supporting cost effective transportation, environmentalism, youth independence, community connections and a host of other benefits to implementing a real greenway.